INSPIRING CREATIVITY IN THE COMMUNITY: THE RENOWNED THEATER DISTRICT IN CLEVELAND 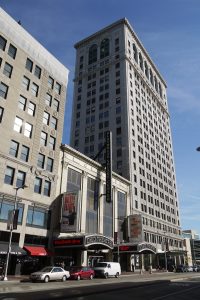 Hear ye, hear ye! Lend us your ear and behold the enchantment that is the Playhouse Square. Cleveland has creativity woven into its culture and is home to the country’s largest performing arts center, second only to New York City. Playhouse Square has been a place for artistry, education and career development to come together since its inception in the 1920s. Originally built as five venues, all but the Hanna building were boarded up in the 1960s due to the push for suburban living. Thanks to a support group, Hanna and the rest of the venues were restored and reborn in the 1970s. Learn more about the history of Playhouse Square. 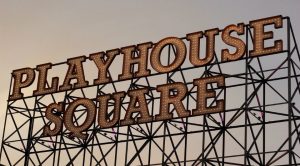 This not-for-profit organization offers artist residency programs, theatre camps, equipment to facilitate the creation of digital media, performance classes including children’s programs, and much more. Its impact goes beyond the community, as it has become a national leader in arts education with the inception of a bus subsidy program that funds transportation for students to come to showcases at the art centers. Whether you attend classes led by cast members of a touring production or take advantage of the rent-free spaces given to artists creating master works in the Idea Center, there is ample opportunity to learn and grow within any theatre field of interest. Take a look at the community engagement page full of workshops if you want to find your inner performer! 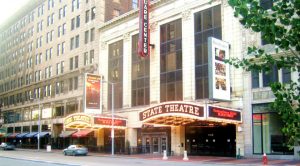 Drawing more than 1 million people annually, the proceeds from ticket sales still don’t cover all production costs, and the Square relies on donations from corporations and individual parties in order to continue providing a creative outlet for the community. Donations go towards the preservation of the eight performance venues, education programs and community engagement activities. As the Playhouse Square mission states, the theater continues to inspire creativity through a variety of outlets and cultivate a sense of unity within the Cleveland community and the performing arts community. In order to do so, the theater utilizes over $40 million in donations to contribute to the local economy.

Join us in Cleveland and bear witness to the magic of the performing arts at the Playhouse Square.

Cleveland: Proud Home to the #2 Hospital in the Nation

Learn about the #2 hospital in the nation – the Cleveland Clinic.

Everyone at Nestlé USA shares our core values and plays a key role in driving our company forward.

Be the first to know about the jobs that are right for you. Set your criteria and sign up now.

A SELECTION OF OUR BRANDS